The European Social Partners for Fisheries, Europêche and the European Transport Workers’ Federation (ETF)*, call on all EU Member States to urgently ratify the ILO** Convention that provides minimum standards to protect fishers in all aspects of their work. In a joint declaration signed on 14 April in The Hague, The Netherlands, the social partners also reminded the European Institutions about their responsibilities in this process. Social partners did welcome the readiness expressed by the Presidency of the Council of the EU to work on the relevant Social Partners’ Agreement (SPA), which has been signed in 2012 but not yet presented before the Council.

It was at an event organised in the context of an EU-funded project on the promotion of the ratification of ILO work in fishing Convention by EU member states that the social partners, in the presence of high-level representatives of the ILO, the Food and Agriculture Organisation of the United Nations (FAO) and several EU member states jointly renewed their appeal to the European Commission to pursue the presentation of their agreement before the Council of the EU. ETF and Europêche furthermore called on all EU member states to ratify ILO Work in fishing Convention (C188).

Chair of the SSDC and Europêche representative Cor Blonk: “While the EU is dithering with the ratification process we face unfair competition from those fleets which do not apply decent working conditions. The social partners’ joint declaration is a wakeup call for national and European decision makers to engage in a meaningful dialogue with employers and trade unions and set the scene for effective EU fisheries policies.” 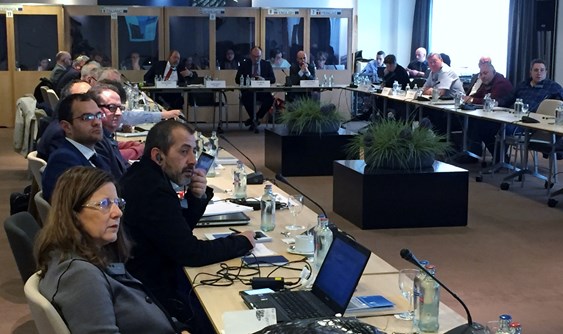 Vice-chair of the Sectoral Social Dialogue Committee (SSDC) and ETF spokesperson Flemming Smidt: “It is imperative that the national governments improve their internal coordination and speed up the ratification of ILO C188. Together with the European Union they play a crucial role in improving working and living conditions on board fishing vessels, not only in EU waters but on a global level.” 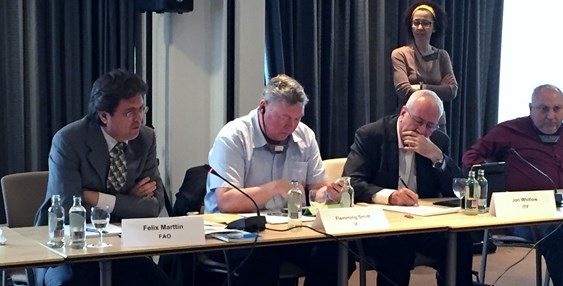 Brandt Wagner, Head of the Transport and Maritime Unit, Sectoral Policies Department, ILO: “The EU has the tools at hand to continue to play a leading role in deterring forced labour and other abuses at sea and to press for ratification and implementation of international standards for improving fishers’ working conditions. It is encouraging to hear today that the Dutch presidency of the EU is committed to moving forward with the work on the SPA, as this is critical to bringing the benefits of the Work in Fishing Convention to Europe and to promote decent work in the fishing sector worldwide. 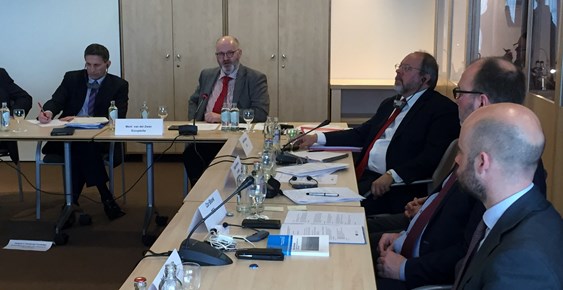 The joint social partners’ declaration concludes with the recommendation to establish a task force with all competent Commission services in order to tackle in an integrated way working conditions in fisheries with respect to human rights and human trafficking and to seek ways to include a social dimension in the Common Fisheries Policy.

The full joint social partners’ declaration can be found in annex to this press statement.

*Europêche represents the catching sector in Europe. In the context of the Social Dialogue, the Association comprises 14 national organisations of fishing enterprises from Iceland and the following 9 EU Member States: DE, DK, ES, FR, IT, MT, NL, PL and UK.