On Wednesday 10 May the European social partners* on sea-fisheries signed a resolution inviting the European Union (EU) to take up its responsibility and end forced labour practices in EU waters. Investigations executed by the International Transport Workers’ Federation (ITF) revealed serious infringements of fundamental principles at work and social protection rights of migrant fishers in a part of the EU’s fishing sector. The social partners expect the EU to ensure fulfilment by Member States of their obligations and to adopt guidelines for flag state and port state inspections to prevent such practices.

At its Sectoral Social Dialogue Committee meeting the General Confederation of Agricultural Cooperatives in the European Union (COGECA), the Association of National Organisations of Fishing Enterprises in the European Union (Europêche) and the European Transport Workers’ Federation (ETF) strongly condemned the lack of actions from the EU to implement and enforce international agreements to protect migrant fishers working in EU waters.

The inspections of the International Transport Workers’ Federation found infringements in terms of, among others, intimidation and threats, retention of identify documents, withholding of wages and debt bondage.

Spokesperson of the workers’ representative, Flemming Smidt comments: “In total the violations represent 10 out of eleven indicators of forced labour mentioned in the Guidelines on flag State inspection adopted by the International Labour Organisation (ILO). And these breaches of international agreements that are harming fishermen and put them in inhuman conditions, happen under the watchful eye of the European Union and its Member States. This is completely unacceptable and unworthy for a Union that is condemning in the strongest terms such immoral practices outside EU waters!”

Spokesperson of the employers’ representative, Ment van der Zwan says: “With this joint resolution we give a strong signal to the responsible authorities that we as employers’ and workers’ representatives stand very firm and united in favour of high safety standards for all fishermen and against any practice that violates fundamental principles and rights at work or the flag State’s legislation regardless of a fisherman’s country of origin.”

You can find the joint social partners declaration as annex to this press release.

Europêche represents the catching sector in Europe. In the context of the Social Dialogue, the Association comprises 15 national organisations of fishing enterprises from Iceland and the following 10 EU Member States: DE, DK, ES, FR, IT, MT, NL, LV, PL and UK.

COGECA, now called the “General Confederation of Agricultural Cooperatives in the European Union”, currently represents the general and specific interests of some 40,000 farmers’ cooperatives employing some 660,000 people and is recognised by the European Institutions as the main representative body and spokesman for the entire agricultural and fisheries cooperative sector. 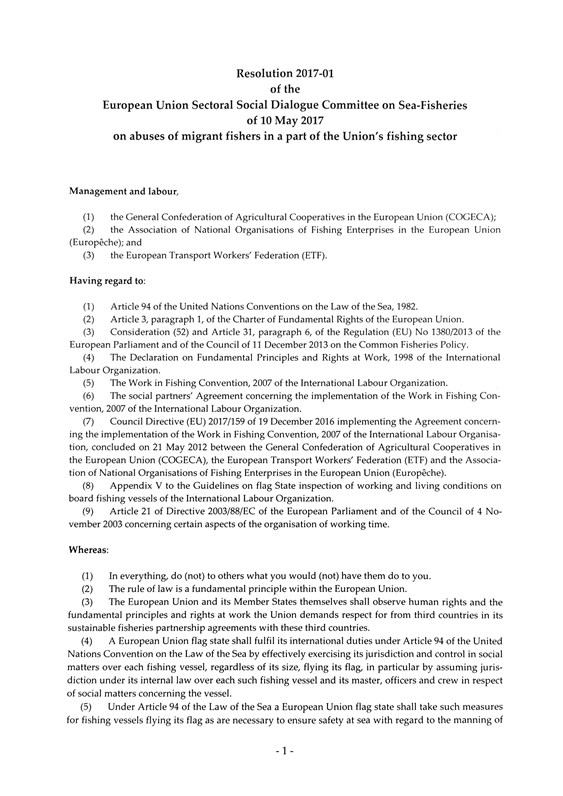 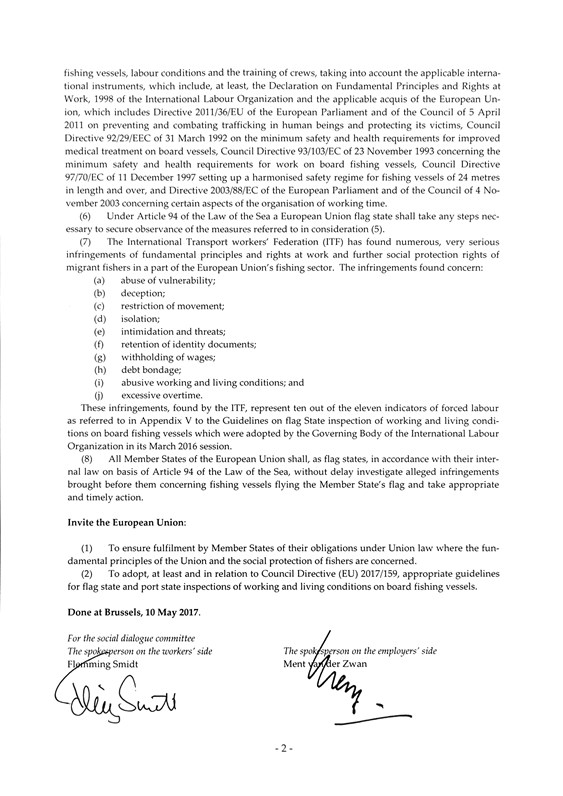