Figures released by the WWF show that marine populations have remained almost unchanged for almost 30 years. Despite years of bad news stories about the impending ‘death’ of the world’s oceans, the figures produced by the Zoological Society of London on behalf of the WWF, clearly show that over the last 30 years there has been little overall change in the populations of 5,829 populations of 1,234 species across the world. The decline in marine populations trumpeted by the WWF actually occurred during the period from 1970 – 1988, since then the WWF’s own graph* shows that they have remained stable. 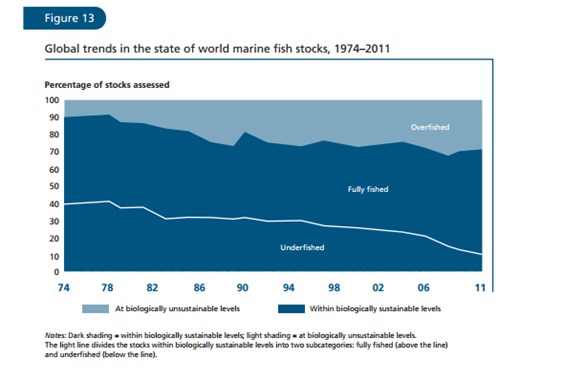