In the framework of a joint EU co-funded project, the European social partners in Fisheries , ETF and Europeche, organised a meeting in Madrid to prompt Spain to swiftly ratify the ILO Work in Fishing Convention C188. This landmark convention is applicable to all types of fishing vessels and seeks to provide minimum standards that protect fishers in all aspects of their work, in what is considered one of the most hazardous professions.

Delegates of the Sectoral Social Dialogue Committee for sea fisheries met with representatives of the Spanish administration as well as the ILO and emphasised the key role that Spain should play paving the way towards the Convention's entry into force.

ETF Fisheries Section Chair, Juan Manuel Trujillo, from FSC CCOO stated that ‘Spain's ratification would not only be an achievement for the Spanish fishing sector, but also a very significant step forward at global level, in view of the significance of the Spanish fleet and its widespread presence’.

The representatives of the Spanish social partners and national administration admitted that there are no substantial obstacles to the ratification. Even though our tripartite work on the Convention identified some technical problems between the text and the Spanish legislation, different solutions were proposed to overcome the possible legal conflicts. Javier Garat, CEPESCA’s Secretary General and President of Europêche declared: ‘there are over 30 million men and women working in the fishing industry worldwide who can benefit from the implementation of this convention with better working conditions and a safer working environment. The positive results of our tripartite dialogue must form the basis of work from now on and I am very optimistic about the possibility of ratifying the Convention soon’. 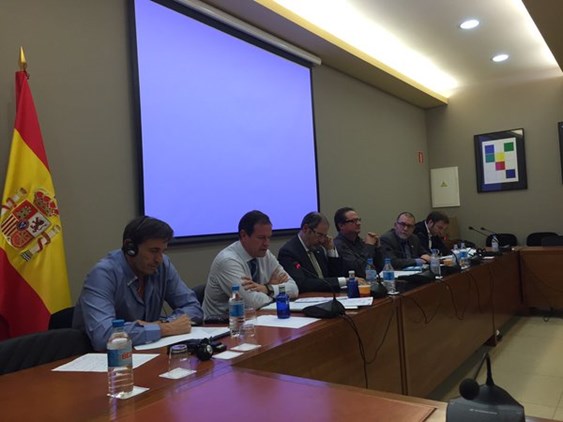 During the meeting several speakers expressed their frustration at the blocking of the social partners’ agreement which implements the Convention 188 into EU legislation. ‘Our frustration over the lack of a social dimension in the Common Fisheries Policy is made even bigger by the fact that our agreement is disregarded. The implementation of the ILO C188 rules into EU legislation would certainly contribute to deterring some of the unacceptable violations that are reported to be taking place in our seas’, concluded TCM-UGT’s head of Maritime Sectors, José Manuel Perez Vega.